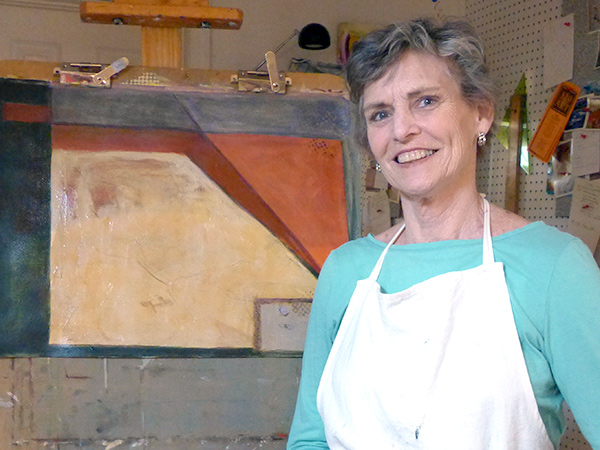 The year after graduating, Paula Furlong O’Hara ’66 gave five dollars to The Mount Holyoke Fund. The next year she gave ten.

“My plan was to double the amount each year,” says Paula, who grew up in Pelham, New York, and majored in economics. “But when I was scheduled to go from $160 to $320, it was too much for my budget. I had to scale back.“

While many of her classmates were pursuing work in the sciences and careers more directly linked to the liberal arts — or were starting families — Paula had taken a road less traveled: business. At every turn, she says, she encountered extreme gender discrimination.

“It’s all the stories you’ve heard and just cringe over. Not getting credit for good ideas, being asked to take minutes even when you are the highest-ranking person at the meeting — it was the pervasive patriarchy.”

Early in her career, after her department at a brokerage company was eliminated, Paula moved from New York to Boston. She already had started night school classes toward an M.B.A. and after the move, with encouragement from a friend, applied to Harvard Business School. Her goal, she explains, was never the big job with the corner office. Rather, she wanted the credential on her résumé so male colleagues would take her more seriously.

Over the next 30 years, Paula grew her expertise in the start-up, turnaround and divestiture of small- and medium-size businesses. She continued supporting The Mount Holyoke Fund and, in 2008, decided to establish a charitable gift annuity. The decision, she acknowledges, was as much pragmatic as altruistic.

“Yes, I wanted to do something more for MHC. But the other part of the equation is that I had some stock with a very low cost basis. So, I established an annuity — and then another. It was a way to give back and get a tax advantage. Each year, I get two disbursement checks. They are a reminder of what Mount Holyoke contributed to my life.”

Now retired and living with her husband in Asheville, North Carolina, Paula has taken up painting and enjoys spending time in her studio. Expanding her legacy for Mount Holyoke, she recently added a bequest for the College in her will.

“Even with the advances made by Betty Friedan, Gloria Steinem, Hillary Clinton, and Michelle Obama, women still don’t have a level playing field in the workplace. But I believe that Mount Holyoke’s mission continues to advance the attainment of full gender equality.”