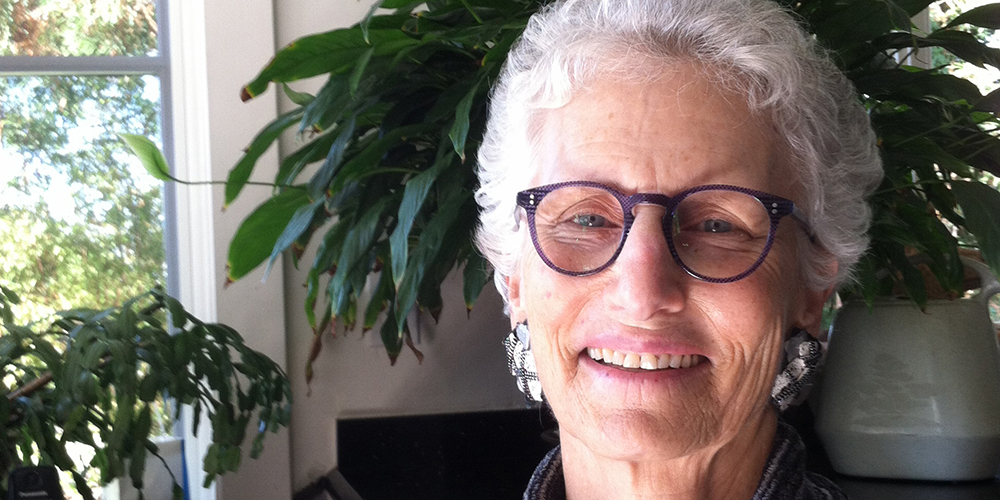 In her Mount Holyoke classes, Meg Harlor ’65-then known as Mickey Herz-always knew that her voice would be heard. "Because it was a women's college, I learned to speak up for myself," she recalled. "In coed classes I tended to hang back and let the men speak."

When she did try to participate in those mixed settings, she often didn't feel accepted as an equal. As a graduate student in physics, for instance, she participated in a study session where she suggested a potential solution to a quantitative problem. It was ignored. Then a male student made the same suggestion and the group listened to him. It turned out to be correct.

At Mount Holyoke, however, "there was no feeling of being a lesser student because I was a woman."

That was important when it came to choosing a major. Harlor's academic strengths were in the sciences. She had taken physics and advanced placement calculus at New Trier Township High School in suburban Chicago, yet she believes she would have been dissuaded from pursuing math or science at most other colleges. "I think it's really important to have strong women's colleges, because I know I never would have majored in physics if I had gone to a coed school."

The MHC physics faculty, which included women, provided invaluable mentorship and encouraged her to pursue a Ph.D. in physics. (Harlor earned a master's degree from the University of Colorado at Boulder but left for a teaching job before finishing her dissertation.) At the same time, she appreciated the chance to explore a variety of fields at Mount Holyoke and even took a sculpture course during her senior year. Despite nearly failing her first-year English class-writing was not her strength-she said she learned a lot from the experience. "It helped me grow. I love the liberal arts approach."

Altogether, she said, Mount Holyoke gave her a strong foundation, helping her develop intellectually and personally. To ensure that the College can do the same for others, she has provided for Mount Holyoke after she dies by naming the College a beneficiary of her donor-advised fund. She has specified that an endowed fund for annual support be established with the proceeds of her gift.

Harlor, who has no children of her own and is the last in her family, needed to decide how the funds would one day be disbursed. "I want to give to places I care about," she said. One portion will go to Mount Holyoke, which nurtured her interests as a young woman. Another portion will support the arts in the Santa Cruz area, where since the 1970s Harlor has worked in theatre as an actress, director, producer, and writer.

Harlor said that just as Mount Holyoke changed her, she is pleased with the way the College has changed over the years. In particular, she is impressed by The Lynk initiative, which provides generous funding for all eligible students to pursue internships or research opportunities. She also likes the fact that MHC now enrolls more international students. "It's good to reach out to a broader base," said Harlor, who studied abroad in Scotland during her junior year. "Developing a bigger worldview was important to my education."