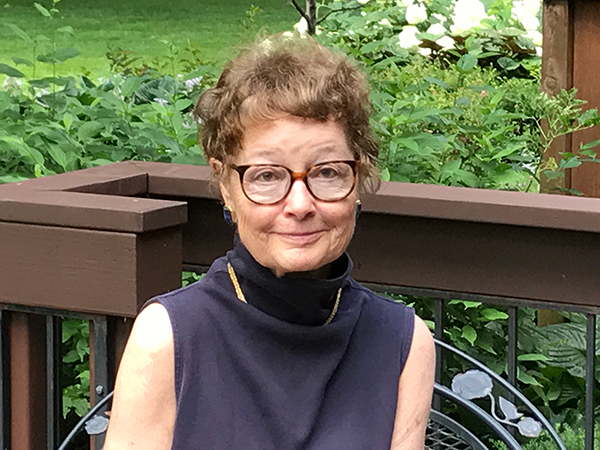 Ellen Archibald ’69 credits Mount Holyoke and the girls’ school she attended in Minneapolis for giving her the courage to follow her dreams.

“I never hesitated to move alone to a place where I'd need to establish a new life. My schools fostered independence, decision making and critical thinking. I had enough self-confidence to meet people. I felt no qualms about taking on a new job.”

“The leadership opportunities I’ve been offered are, in large part, due to encouraging teachers in schools that valued — and continue to value — women and girls.”

What she learned boosted Archibald’s self-confidence and led her to new places. After two years at Mount Holyoke College, she transferred to the University of North Carolina at Chapel Hill. After graduation, she began working on Wall Street, in the Bank of New York's Employee Benefit Trust Department.

Living in New York City offered many opportunities, but Archibald yearned for an international experience. She left New York and, with a friend's help, found a job as an au pair in Germany. She began studying German and soon started working in a New York bank's Frankfurt office, "a great place to learn the language because I was the only English-speaking staff member in my department!"

Archibald credits Mount Holyoke for inspiring her to live abroad. “The College’s focus on international issues fascinates me,” she says. “It does an excellent job of bringing to campus international students who might not otherwise be able to attend.”

Archibald later returned to the United States and worked as a trust officer. Again and again, she chose new opportunities. At age 39, she left banking to earn her J.D. at West Virginia University College of Law.

She practiced law for 25 years in Charleston, West Virginia, but after her husband’s death, she retired and returned to her hometown of Minneapolis, Minnesota. After a half-century, most of her friends had scattered across the country. She forged new friendships and found unexpected connections through her local Mount Holyoke book club.

Now Archibald has more opportunities to volunteer, giving back to causes close to her heart. She is engaged politically and is active in the Friends of the Minneapolis Institute of Art. She recently helped recruit volunteers for Art in Bloom, the group’s largest fundraising event.

Leaving a legacy gift to Mount Holyoke College was an easy decision, "since my father encouraged community participation and leaving money to charity.” While Archibald did not graduate from Mount Holyoke and has few ties to women in her class, she believes in its mission.

Her background as a trust officer, handling estates, gave her an understanding of the varied vehicles that can be used to benefit family, friends and charity. In her 50s, Archibald established a deferred charitable gift annuity to provide retirement income for herself and a gift to Mount Holyoke. She also included a legacy gift to the College in her estate plans.

“Arranging to give my retirement account after my death was easy,” she said. “I simply completed a new beneficiary form to designate Mount Holyoke as the account’s beneficiary: no lawyers needed, no cost.”

Mount Holyoke welcomes alumnae and friends who may legacy gifts to the College into the Mary Lyon Society.