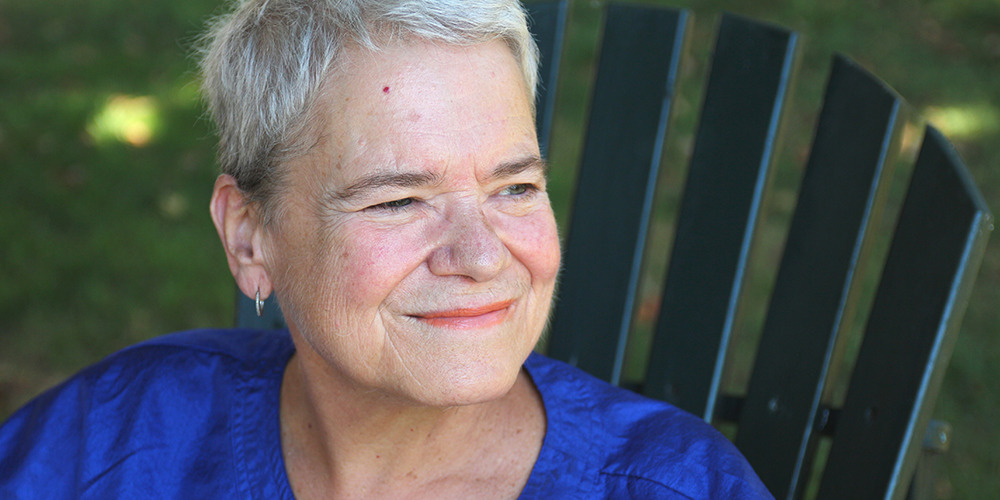 Donna Dube Hryb ’67, an Army veteran and retired social worker, credits Mount Holyoke with “opening her world.” The first person in her family to attend college, she grew up in a rural town in Connecticut.

“For me, Mount Holyoke means fabulous scholarship and fellowship,” she says. “I encountered wide-ranging ideas and met all kinds of people. It seemed only right to give back and to give regularly.”

Donna majored in American studies, an interdisciplinary major that immersed her in history and politics. As a student, she was most affected by the accelerating war in Vietnam.

“I completely opposed the war in Vietnam,” she says. “Yet I was struck by how—because of the draft—it technically affected all men but had no direct implications for me. And that didn’t sit right.”

Seeking to become part of the conversation and process, as graduation approached, Donna joined the Army to experience the military firsthand. During her six-and-a-half years of service, Donna taught basic training and supervised WAC units. She describes it as a remarkable education.

“I remember women from Appalachia who were amazed that they could go to the mess hall for three meals a day. There also were many women from small towns whose only options out of high school had been marriage or working in the dime store. They wanted to try something else for themselves,” she says. “It was very important to me to help them expand their horizons.”

Meanwhile, Donna had grown increasingly aware of the role of the Army’s social workers and found herself drawn to the profession. Upon leaving the military, she used the GI Bill to earn an MSW from Hunter College and began a career with the Veterans Administration, working primarily with Vietnam vets at the VA Vet Center in Hartford, Connecticut.

These days, Donna occasionally visits Mount Holyoke to attend a lecture or shop at the Odyssey. She is pleased by the College’s continued emphasis on social justice, as well as its leadership in environmental studies and global education. A class agent, she also takes pride in how alumnae continue to support the College generously.

Donna established several charitable gift annuities that provide her with an income and allow her to continue giving annually through The Mount Holyoke Fund. Her intention is to continue to invest in Mount Holyoke, allowing the College to take on new initiatives and open doors for students—the way previous generations of alumnae did for her. “Alumnae share a culture of appreciating what we’ve been given,” she says. “Once out in the broader world, we realize how special Mount Holyoke is.”