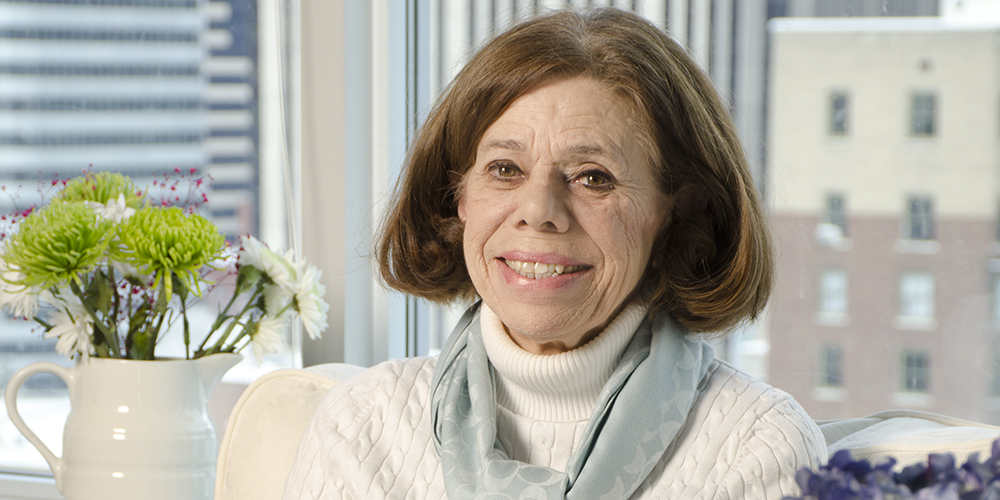 Julie C. Van Camp ’69 was a junior high student in Davenport, Iowa, when she first heard of Mount Holyoke, after stumbling upon a Good Housekeeping article about the Northeastern U.S. women's colleges known as the Seven Sisters. The article, which touted the colleges as providing the best education for a smart daughter, had a lasting impact. “I got my heart set on going to a Seven Sisters college,” she recalled.

Her parents expected her to go to the University of Iowa, where most of her classmates would end up. Van Camp applied to Mount Holyoke, however, which not only accepted her but also provided a generous scholarship. “It opened up a new world for me.”

It was a world that expected a great deal from women at a time when society generally did not. “It really makes a difference, even today, that women are supported, encouraged, and told they can do what they want to do. At a women's college you don't have stereotypes such as, ‛This is a major only for men.’”

The summer after her first year, Van Camp attended a Carnegie Foundation institute for college newspaper staffers at St. John's College. Another student there encouraged her to read Hermann Hesse and Friedrich Nietzsche. “It was love at first sight,” she says. I took ancient Greek philosophy that fall and said, ‘This is my major.’ It was an entirely different way of looking at the world.”

Given that her fellow majors were all women, it never occurred to Van Camp that philosophy was a male-dominated field. It was only when she began her Ph.D. studies at Temple University—as one of two women in an entering class of ten—that she realized most philosophers were men, including 18 of the 20 faculty members in her department. “That was a shock,” she said. “You never got that feeling at Mount Holyoke.”

Van Camp went on to teach philosophy for two decades at California State University at Long Beach. She never misses a reunion, and last May she enjoyed an afternoon gathering attended by both her classmates and Mount Holyoke undergraduates. “The students talked about what issues matter to them now, including marriage equality and the environment.” She's especially pleased with the College's support for international students, among its other global education initiatives. “It's a continuation of what the College has always been about—the importance of educating women.”

Now retired, she remains passionate about encouraging women in her discipline. From 2003 to 2013, she established five charitable annuities with Mount Holyoke. Supplemented by a gift from her estate, the CGAs will be used to fund the Julie C. Van Camp Fund for the Advancement of Women in Philosophy, to provide research assistance for faculty and students as well as support for guest lectures by accomplished women philosophers.

Van Camp serves as chair of the Mary Lyon Society, which honors those who have made planned gifts to Mount Holyoke. She is currently receiving income from a couple of her annuities, which supplement her other retirement funds while providing tax benefits.