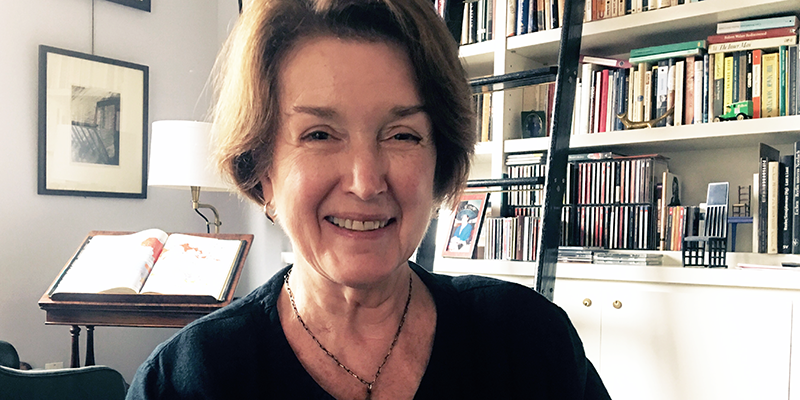 After graduating, Linda Brandt Fritzinger ’62 worked in the department of Greek and Roman Art at The Metropolitan Museum of Art. At the time, she reported to Dietrich von Bothmer, the renowned curator who was regarded as the world’s leading expert on ancient Greek vases.

“I was the departmental secretary,” says Fritzinger, who was a history major at Mount Holyoke. “Dietrich was influential in my decision to enroll in night school to earn a master’s degree at New York University. It wasn’t so much that I wanted to be an intellectual, but rather, I wanted more intellectual equipment at my disposal. Because of Mount Holyoke I knew that goal was attainable.”

Although she put her academic pursuits on hold after she married and had a son, Fritzinger eventually returned to NYU to study European history. After completing her master’s degree, Fritzinger set her sights on a PhD. She spent a term as a visiting scholar at Lucy Cavendish College, a women’s college at the University of Cambridge, and wrote her doctoral dissertation there. Fritzinger, who was in her early 50s when she completed the PhD, subsequently published a book titled Diplomat without Portfolio: Valentine Chirol, His Life and “The Times” in 1992.

Now, Fritzinger is honoring Mount Holyoke’s commitment to women through a generous bequest. Her hope is that the gift will help sustain the College’s legacy of graduating students who believe in themselves.

“When I arrived in 1958, society still regarded women as having a role, and it wasn’t equal to that of men,” Fritzinger says. “But Mount Holyoke encouraged us to be independent. Even as a student, I regarded the College as a purveyor of self-empowerment. And that continues today.”

Along with confidence, Fritzinger regards having a sense of purpose as an essential component of women’s lives. Until a few years ago, she spent part of the year living in Berlin. Fritzinger’s transition to living full-time in New York again has included some soul-searching about this new stage of her life.

“Women of all ages need to believe that they can have an impact. Mount Holyoke instills in us a sense that we have an obligation to contribute. But that obligation isn’t a weight. It’s a choice we make. We make the choice to do something. To participate in our community,” she says.

Looking ahead, Fritzinger can see herself helping connect students to opportunities at Mount Holyoke or at NYU. “At this stage of my life, it’s not so much about being paid. It’s about continuing to have purpose and continuing to give back.”