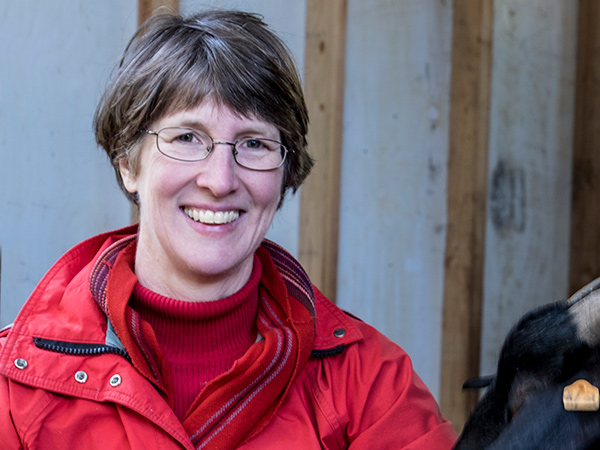 When Diane Miller ’86 found herself finally earning a paycheck after years of medical school, one of her first decisions was to invest — in her future, and Mount Holyoke’s.

“I knew Mount Holyoke offered the option to create a deferred charitable gift annuity. I liked the idea of helping the College while securing money for my eventual retirement.”

Diane, who is both an anesthesiologist at the Veterans Affairs Medical Center in Portland, Oregon, and a physician-acupuncturist in private practice, subsequently established two additional deferred charitable gift annuities for Mount Holyoke. The process of setting up all three, she says, was simple.

And though she knows she could have located other investment opportunities, her choice each time was motivated by “immense gratitude.”

“Mount Holyoke offered experiences that I wouldn’t have gotten anywhere else,” says Diane, who grew up among farms in Wisconsin. “Leaving home, experiencing New England, and accessing higher education — all of it was really pretty revolutionary for me. Higher education should provide a powerful epiphany about how much there is to life. That’s what happened to me at Mount Holyoke. And it changed everything.”

She especially credits the College with preparing her to handle the gender gap in anesthesiology. Though women now are entering the field in increasing numbers, Miller — who majored in physics — believes that women’s colleges are the reason why she and many peers have achieved professional success.

“Those of us from schools committed to women’s education never hesitated to say, ‘Hey, I could do that.’ I have always found it exciting to be among women who are enthusiastic about the possibilities and daring enough to enact change.”

Along with her work at the VA and at Rising Wind Acupuncture — her private practice — Diane is the founder and medical director of the Portland Veterans Acupuncture Project, a nonprofit, donation-only acupuncture clinic for military veterans and their companions.

A longtime donor to The Mount Holyoke Fund, she also supports the Diane Miller Physics Prize, an award for student research. The inspiration for that gift was her own experience of receiving an alumna-funded stipend to complete her senior project at Stanford University.

“Mount Holyoke was very special. It opened the doors in my mind, as well as the doors to opportunities,” says Diane. “Giving back to the College is a way of ensuring that continuing generations of capable women have access to that experience. As I see it, it's a pretty important way to contribute to our world.”